I have four self-published novels available for sale on Amazon: Jane Eyre Gets Real, The Grace of the Hunchback, A Cure for Cecily, and Hansel & Gretel Inside the House of Candy. My contact email is annabelletroy1@gmail.com.

Click on the link below to purchase Jane Eyre Gets Real:

Jane Eyre wakes up in an apartment in present-day New York City and finds herself on a TV reality show called Fiction Gets Real. She is on the show with eight other literary characters: Mr. Darcy, Emma Bovary, Alice in Wonderland, Heidi, Hester Prynne, Dorian Grey, David Copperfield, and Sherlock Holmes. A mysterious Announcer explains to them that each week one character will be voted off the show by their fellow cast members. The only way Jane or the others in the cast can return to their books is to get enough people to read them. There is a third option–if any of the characters prefer their present life to fiction, they can elect to remain “real” and then the book they came out of will disappear, as if it had never been written. Jane must learn how to do the simplest things, such as hail a cab and turn on a sink. Wishing to earn her own money, she begins a career as a children’s birthday party planner. Meanwhile, Mr. Darcy falls in love with Emma Bovary–who has fallen into credit card debt. (Other subplots involve Alice in Wonderland becoming a teen model and David Copperfield realizing he is gay.) Though she pines for Mr. Rochester, Jane finds herself becoming increasingly attracted to bad boy Jack, the TV’s show production assistant. Ultimately Jane must decide whether to build a turbulent but exciting life with Jack or return to Thornfield Hall and resume her old life with Rochester. Which option will she choose? Only the dear reader knows for sure!

Jane Eyre Gets Real is a mash-up, combining references to traditional literature with pop culture. Mash-ups are especially popular now, as evidenced by the success of such Broadway musicals as Hamilton and Pride and Prejudice and Zombies (the book and the film). Other satirical takes on classic themes include Shannon Hale’s Austenland, and the Michael Thomas Ford series Jane Bites Back and Jane Goes Batty. Jane Eyre Gets Real can also be taken seriously as a love story–that of a woman torn between two different types of men.

I hope you enjoy it!

For blog posts “written” by the characters in Jane Eyre Gets Real, visit my original website, https://cicily17.wordpress.com/. Each week a new theme is given a fresh slant by Sherlock Holmes, Heidi, Alice in Wonderland, Mr. Darcy, Emma Bovary or Jane herself. Sherlock Holmes, a character in Jane Eyre Gets Real by Annabelle Troy, is no stranger to looking beneath the surface of things. He knows that underneath beauty’s facade there often lurks a dark soul; he was, for instance, onto flatmate #DorianGray from the second he met him. But that’s another story…

Holmes, being a beekeeper, knows that a type of honeybee, the Diadasia diminuta,  sleeps inside an orange flower called Globe Mallow. They also like to make their bed in the California poppy and other buds which close up at night–how cozy! An adult bee will sleep about an hour per night with naps throughout the day of 30 seconds. After slumbering within a flower, in which they hold on with their legs or mandibles, they may well stumble out of bed drunk as a lord. Sometimes a couple will curl up together as in the photo below: Other animals which seek beds within buds include mice and lizards. So be wary next time you pick wild blossoms. Along with the scent, you may get an unwanted roommate! 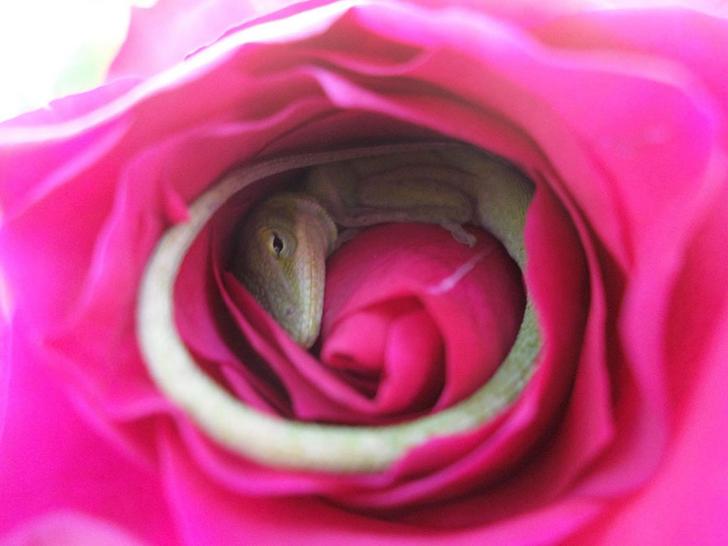 This distinctive type of lace, named Battenburg after Queen Victoria’s son-in-law, was developed in the late 1800s. It was distinctly modern in that it combined machine-made techniques with hand stitching. It quickly became very popular and was used for everything from parasols to kitchen curtains.

For the next five days read The Grace of the Hunchback by Annabelle Troy, the story of an outwardly ethereal but inwardly fractured #ballerina–as unique as Battenburg lace--for free on Amazon. I am an ardent fan of Sofia Coppola. She has a unique, intuitive vision informed by the invisible (she tries to bring out, not the overt drama of a situation, but the tension that is lying beneath). Her latest movie, “The Beguiled”, is no exception. In its depiction of disturbed and violated feminity, all wrapped up in white ruffles, “The Beguiled” most closely resembles Peter Weir’s classic film-as-poetry, “Picnic at Hanging Rock”.

The original “Beguiled”, made in 1971 with Clint Eastwood and Geraldine Page, had the same plot–injured Yankee soldier is nursed back to health by the residents of a proper Southern girls’ school; mayhem ensues–but it was made as a Gothic thriller, focusing on big–if strange–emotions. Coppola restages her version as a delicate fable, using every bit of Spanish moss, French lace and piano music at her disposal to frame the desperate, if repressed, feelings of the women marooned at the school. Led by headmistress Nicole Kidman, these ladies are not discarded so much as deserted–they are all attractive, educated, and from wealthy families (albeit ones whose futures are in jeopardy);  their lives have been suspended for the duration of the war. Cannon fire rings out from the perimeters of their sanctuary: a slowly-decaying white mansion with an overgrown rose garden; it badly needs a man’s touch. That comes in the form of Colin Farrell, a handsome Irish immigrant who has taken money to serve as a soldier in a rich man’s place. We get the impression that Farrel is not a bad man, but he is an opportunist and easily led. One of the youngest students, a little girl in braids, finds him, badly wounded, in a forest on the edge of the school. Kidman, as well as spinster teacher Kirsten Dunst and nymphet sElle Fanning, all compete for his attention. When actual sex replaces seduction, things get grisly.

This movie is definitely not for everyone. If you crave action and are easily impatient, skip it. But if, like me, you’re a sucker for daguerreotypes, veiled expressions, and a deftly wielded ax–don’t ask–go see “The Beguiled” immediately. And don’t forget to try the mushrooms…

This month I continue to showcase my historical novel, The Grace of the Hunchback. The book was inspired by the real life of the 19th-century dancer, Marie Taglioni. Along with her father, Philippe, an influential choreographer, Marie developed the Romantic style of ballet: toe-dancing, ethereal costumes, and athletic pirouettes executed with disarming ease.

Marie was born with what we would now call scoliosis, a curvature of the spine that today–if detected early enough–can be cured by wearing a brace. Marie’s scoliosis was not treated and she spent her childhood with a curved back, which earned her the nickname “hunchback”–a taunt hurled at her by the other little girls in dance class. Interestingly, Marie’s rigorous practice of dance did help her spine to straighten (though she would often be in pain after a performance).  On stage, Marie was the epitome of cool, unattainable beauty. Offstage she would suffer all of her life from the psychological image she had of herself: an ugly duckling who would never be a swan.

Though born into a prominent theater family, Marie had to fight against tremendous odds to secure her place in the pantheon of famous ballerinas. Her story remains an inspiring one, full of grit and determination. It’s hard to leap that high; she just made it look easy!

For another take on scoliosis, check out Deenie by Judy Blume.  The heroine is a thirteen-year-old aspiring model who learns she must wear a body brace for at least three years, to correct her crooked spine. I read this book when I was 13 and it was the first time I had ever heard of scoliosis.  Deenie is not just about a medical condition, but about how to overcome an obstacle that you think will ruin your life but instead changes it for the better. The Grace of the Hunchback is intended for older audiences but both books convey many of the same messages.

Historical Tidbit: In Victorian times, a backboard was often used to elicit good posture. Made of wood, a girl was required to hook her arms around the edges and hold the position, until told she could stop. If you can’t find one of these, you can always use a good old-fashioned book:

When I was a little girl I had a lovely old book called “To Dance, To Dream” by Maxine Drury; I found it discarded in my basement, among a heap of old toys and other discarded treasures.  The nonfiction book highlighted the childhoods of various ballerinas, including Marie Taglioni, the subject of my novel “The Grace of the Hunchback.” Marie’s story talked about her determination to overcome what we now call scoliosis, a curvature of the spine; and to rise above the ugly duckling image and bullying to which she was subjected. “The Grace of the Hunchback”, my novel about Marie, is ultimately about her triumph over loneliness and abandonment to become, onstage, the epitome of beauty.  It’s now available for sale on Amazon:

I would never have known about Marie if not for “To Dance, To Dream.” Though I believe Maxine Drury’s compelling book is out of print,  it can still be obtained in used editions:

Here is the description:

“Down through the centuries, many men and women have danced with exceptional skill and grace, but we do not know their names. It was not until the seventeenth century, when art and entertainment began to emerge from the courts into public theaters, that the names of dancers began to be remembered and recorded. In the nearly 300 years since then, many men and women have gained renown for their dancing skill. To select the greatest of these performers would be an impossible task. Still more impossible would be an attempt to define their greatness, for, like the art of a great painter or great musician, the art of the dancer cannot be described in words. But there have been during these centuries, and there are today, men and women who, in addition to their greatness as performers, have developed an ideal of what dance should be, and perhaps more importantly, they have had the intelligence and determination to advance toward that ideal. These are the men and women who have helped to transform dance from what it was 300 years ago to what it is today. Chosen from among these are the dancers whose stories make up this book. Their contributions are of many different kinds. Some changed the style of ballet, like Salle and Fokine. Others originated new styles of dancing, like Duncan, or revived neglected ones, like La Argentina. Some worked to reach wider audiences, like Pavlova. Still others were the first to gain recognition for their country in the field of ballet, like Fonteyn and Tallchief. Although their contributions were distinctive, these men and women had a similar dedication of body, mind, and spirit to the life they chose. They were all alike, moreover, in that they left the dance a more vital and meaningful field for those who came after them. To Dance, To Dream includes the biographies of Jean Baptiste Lully, Marie Salle, Marie Taglioni, Isadora Duncan, Michel Fokine, Anna Pavlova, La Argentina, Ted Shawn, Margot Fonteyn, and Maria Tallchief.”

They are wonderful tales for children and adults alike; who knows what they might inspire?